Christ Chapel has been formed as a fellowship of believers in the Lordship of Jesus Christ. Above all, it is our desire to know Jesus Christ and depend upon the Holy Spirit to mold our lives in His likeness.

Our mission as a church is to present everyone mature in Christ.

There is one God, creator of heaven and earth, who exists eternally as three persons—Father, Son, and Holy Spirit, each fully God yet each distinct from the other.

Jesus is a true God and true man, conceived by the Holy Spirit and born of the Virgin Mary. As the willing sacrifice for our sins, He died on the cross. He rose bodily from the dead and ascended into heaven, where He now sits at the right hand of God the Father, serving as our advocate. Someday He will return to fulfill God's eternal plan.

Apart from Jesus Christ, all people are spiritually lost because of sin. Death seals our eternal destiny. Salvation cannot be earned through personal goodness or human effort. However, God gives salvation and eternal life through the sacrificial work of Jesus Christ. It is a gift that must be received by humble repentance and faith in Christ and His finished work on the cross.

The Holy Spirit convicts the world of sin and draws people to Christ. He dwells in all believers, empowering them to live Christ-like lives. He calls and enables Christians to reach out to a lost and needy world.

The Bible, both Old and New Testaments, is the inspired Word of God and the final authority for Christian faith and life. No other writings are vested with such divine authority.

All people are created in God's image and matter deeply to Him. Central to the message of the Bible is that God loves people and invites them to live in communion with Himself and in community with each other. Pastor
Born in Bridgeport, CT, the son of a Pentecostal preacher, Pastor Tony Carreras has lived a life exposed to ministry. With a solid belief in the Trinity of God the Father, Jesus Christ the Son, and the Holy Spirit, Pastor Carreras served as interim preacher of Christ Chapel of Long Beach during the spring of 2014, as well as an ad-hoc guest preacher both for Pastor Lillian Lobb and Pastor Jerrell Walls. These experiences continued to awaken Pastor Carreras to God's strong call to ministry.

Although Pastor Carreras was an active member of Christ Chapel of Long Beach for over ten years, God's plan for him was to branch off and found a ministry to gain a full understanding of growing and maturing a congregation in Christ. Serving as Sr. Pastor of Christ Church of Long Beach over the last 16 months has afforded Pastor Carreras (or "Pastor T") the opportunity to grow in his ability to lead, counsel, and develop as a man of God.

With honor and humility, Pastor T looks forward to forging God's new chapter in his life, merging Christ Church of Long Beach with Christ Chapel of Long Beach, and meeting the needs of the Long Beach community. 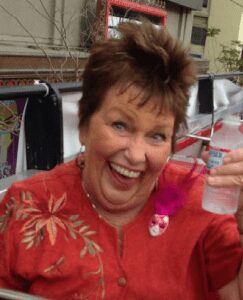 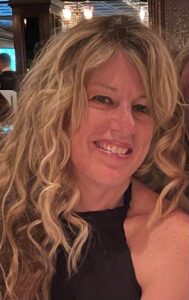 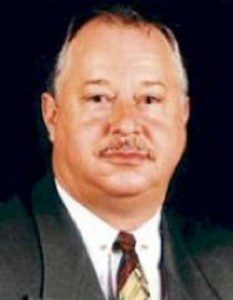 Pastor Emeritus
The Rev. Michael Cole, the founder of Christ Chapel in Long Beach, California, was raised in Roseburg and Medford, Oregon, in the religious traditions of Foursquare Gospel and Assemblies of God. He recalled that when he was six years old, his grandmother laid hands on him and said he would be a preacher. This remained his dream through his childhood. After graduating high school, he moved to San Francisco (ca. 1963), where he was able to live out his homosexual orientation that he had also realized at an early age. He moved to Los Angeles (ca. 1970), where he worked in the entertainment industry as well as studied at LIFE Bible College, in the Foursquare Gospel Church tradition.

After hearing Troy Perry preach one Sunday, Cole decided to rededicate his life to God. Over the next few years, he played an active leadership role at the Metropolitan Community Churches in Long Beach and in Oceanside. He later noted that he did not "feel worthy of being a pastor." After years of spiritual struggle, in December 1981, he began a Bible study with seven people in his living room. This congregation steadily grew from his living room to his garage to a nearby storefront and finally, in 1984, to the current site of Christ Chapel in Long Beach. Cole noted that the hallmarks of Christ Chapel are that "we preach the Word" and "we're pretty much free-spirited in our music and worship."

(This biographical statement was written from an interview recorded by Dr. Melissa Wilcox and from an obituary in Frontiers newsmagazine vol. 23, issue 26.)

I stand at the door and knock. If anyone hears my voice and opens the door, I will come into him and eat with him, and he with me